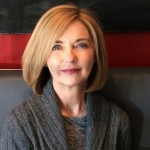 Susan Garland is the Executive Director of FABB.  With the foundation since it’s inception in 1988, Susan has many years senior management experience in program development, fundraising and event planning with major charitable organizations.

Starting in the accessories industry as a buyer, then moving on to the manufacturing end, all the while searching for something more, Susan was given that opportunity when FABB was founded. From there she went on to pursue her love of non-profit and charity work by becoming Fundraising and Special Events Director for such great charities as Save the Children and United Way, all the time continuing her role of support with FABB.   Susan also works in international child development as the Managing Director of The Columbia Group for Children in Adversity.

Today as the Executive Director of FABB she continues to build on her years of experience and is committed to broadening FABB’s brand in the industry and many more years of successful fundraising for the deserving charities. 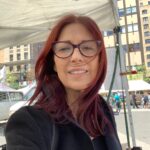 Lorrie graduated from college and in the same month went to work for Business Journals Inc. Beginning in the production and art departments, she then moved into the position of Creative Director for Accessories Magazine. Soon thereafter she switched from the editorial department to the sales department and became Publisher. During that time she was also the Sales Director for Accessories the show. Where she was an integral part of the team that re- launched the trade show.

Lorrie was the first in the company to take one of its magazines to the internet. She created and managed three websites for the Accessories, including a daily newsletter. In addition, Lorrie developed and managed a trend forecasting business which became its own division for the magazine as well.

She left the company recently to pursue a new direction. She is a recognized Accessories industry consultant for both manufacturers and retailers.

Lorrie has been on the board for FABB since its inception. 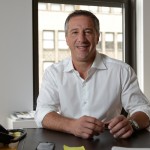 Drew Pizzo is the owner and president of Collection 18, one of the premier leaders in design, brand licensing and product development in the Fashion Accessory Industry. The company was established in 1982 as a privately-held fashion accessory company specializing in scarves, cold weather knits, hats, and jewelry for designer brands and private label collections.

Drew has owned Collection 18, since 1992. Drew is a veteran sales and marketing specialist and the architect of the company’s growth and expansion. In addition to being a successful businessman, Drew serves as a trustee of the executive board of CancerCare, a nationwide charity that provides health services and financial aid to cancer patients and their families, and he is also a director and trustee of FABB, the leading charitable arm of the Accessory Industry. He graduated from C.W. Post College with a BS in Finance and a minor in Economics.

He lives in New York City with his wife of 25 years, Annette, and his two children, Isabella and Stefano. 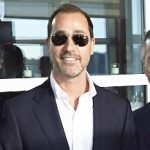 Larry Zakarin is President at Steve Madden private label handbags. He joined Steve Madden, Ltd. in 2009 after the acquisition of the company he founded, along with his partner Jeff Goldstein, Zone 88/Shakedown Street. Zone 88/Shakedown Street, a privately held fashion accessory company specializing in Jr. Handbags, backpacks, and girls fashion belts, was formed in 2001.

Larry has been working in the accessories business since 1987.  He holds 3 patents in backpack design. In addition to his responsibilities at Steve Madden, Ltd., he is a director and trustee of Fabb and serves on the board of The Farley Project, a not for profit which promotes an anti-bullying message in public schools. He has also served on the board of PS290 and is involved in fundraising for St. Judes Children’s Hospital, United Jewish Appeal, the Deborah Heart and Lung Hospital and The Doe Fund.

He lives in New York City with his wife of ten years, Amy, and his two sons, Hank and Adam. 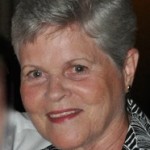 Val Mickool was born and educated in England and worked as a secretary in London until she immigrated to the United States.  Val soon met and married fashion illustrator Robert Mickool and had three children, Lauren, David and Andrew.  Bob & Val moved from New York City to Rowayton, CT, where they raised their young family.

Once the children were grown, Val returned to work in the retail industry.  Her first job was with Cuthbertson Imports and then Talbots before joining FABB 14 years ago. Val enjoys sports, traveling in Europe and spending time with her friends, family and especially her six grandchildren.

Sign up for FABB’s monthly newsletter and get the most updated news on the upcoming event, read about the charities, who’s being honored, links to purchase tickets and sponsorships and much more!